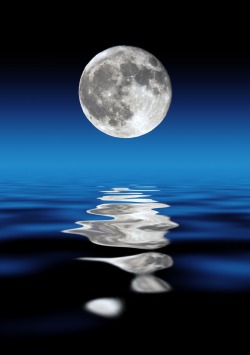 I think perhaps that focusing too much attention on meditation is to lose sight of the the bigger picture. The actual “practice” has far greater scope and breadth than simply time on a cushion.

I have tried to read about and study Jhana‘s before, and really was not clear on understanding them. The way I read them was that they are different levels of meditation. Each one bringing you closer to an enlightened state. Well I now realize that this understanding was very inaccurate. Jhana’s exist in every single moment, each and every breath. It has been just another ignorance (lack of wisdom) on my part that lead me to believe this was just a meditation attainment.

“He attains — whenever he wants, without strain, without difficulty — the four jhanas that are heightened mental states, pleasant abidings in the here-&-now.

“With the ending of mental fermentation’s — he remains in the fermentation-free awareness-release & discernment-release, having directly known & realized them for himself right in the here-&-now.

“…I declare a person endowed with these four qualities to be one of great discernment, a great man.”

Nowhere in this teaching does it talk about meditation. And I think that perhaps I focus too much attention on this part of my practice, and miss the deeper wisdom. The real wisdom being in the living breathing awareness of each moment. Not just the time I sit on the cushion and quiet my mind, but the here & now. My mind should be still and always open. This is the path to Jhana, to equanimity, to awakening.
So does this mean I am really going to stop meditating? Absolutely not! I am still a tiny grasshopper on this path, and meditation is a time to settle my mind and observe. But Bhavana is now the greater intention of my practice. To develop my mind, my consciousness, my body, my wisdom and tranquility in each moment. With a driving force of cultivating loving kindness as a basis of this practice.
Bhante Sujatha once said that meditation is like a raft. Use it to cross the river, then let it go.
Well I have not yet crossed the river, but I see that I no longer feel an attachment to the raft. When it is time to let it go, I will release it for someone else to use.

A special thank you to Bhante Sanyatha for his dhamma talk that inspired this post. His loving example of Bhavana is always felt by me and everyone who knows him.

Seeing through the eyes of the dhamma

Meditation is not for me