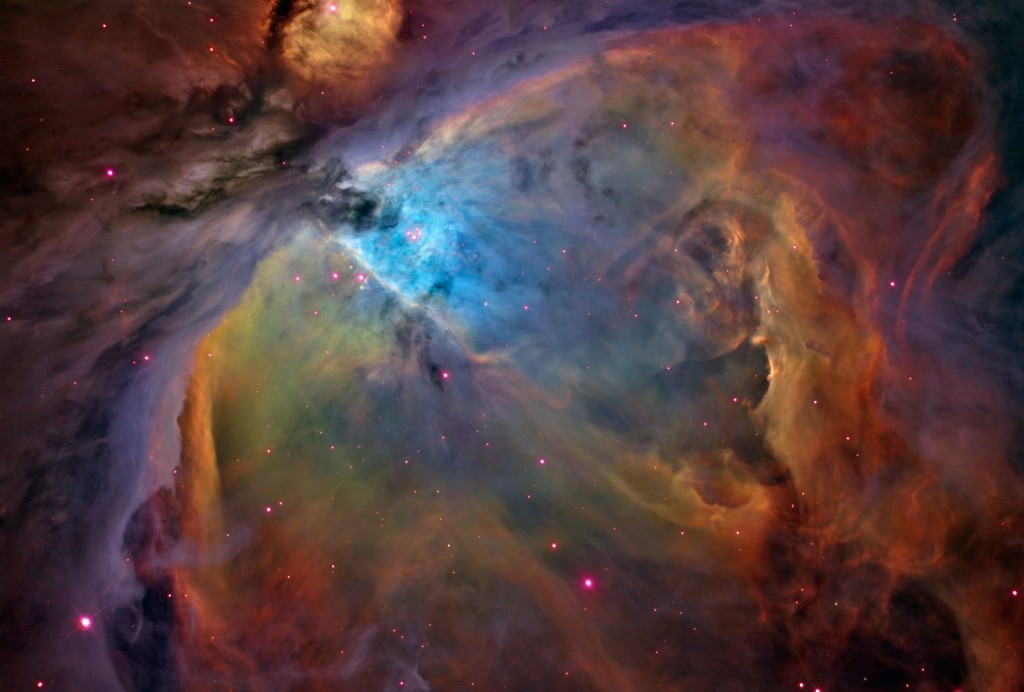 Several recent dhamma talks that I have listened to refer to opening the space that we have available to us in meditation. Seeing the spaciousness is a wonderful way of letting go of the self, and allowing plenty of room for thoughts and feelings.
But what the heck does that actually mean? It sounds rather ethereal, doesn’t it?
Well I am just beginning to try to understand this, so please bear with me.

While sitting in meditation this morning, after doing about ten minutes of compassion (metta) meditation, I went into vipassana meditation and tried to allow this spaciousness. There was a gentle rain coming down outside my windows, and I could hear the wind blowing against the house. I felt very peaceful and at ease. Ah, this was going to be a great meditation!
No sooner had this thought arisen than my Wife began shuffling around the kitchen making noise. Cabinets opening and closing, pans rattling, footsteps across the floor. Then a few minutes later my little girl got-up and was down for breakfast. More noises, spoon clanging against the cereal bowl, and a few Mother/Daughter whispers.
Agitation began to arise in me that my peace was being disturbed. Then I began to build a story about my Family being inconsiderate of my meditation time.
But I remembered the dhamma talks about spaciousness, and I opened up my space to include not only the lovely sounds of rain and wind, but also the sounds of doors closing, footsteps and whispers.
I immediately felt my body respond to this openness, and relax. My sense of equanimity increased as I could feel that this spaciousness encompasses so much more than my tiny little area on the cushion. Beyond this rain is a sky full of stars and planets, and beyond that is the infinite. Below me, above me, and all around me there is space. This space is not mine, it’s not me, and I do not possess or control it.

A dhamma talk that I listened to yesterday by Tara Brach spoke of seeing ourselves like the ocean. Liquid, fluid, and without form.
This imagery came into my meditation also, and I found it extremely profound. And I’m not sure I can explain it well to all of you here, but perhaps think of it like this…
If you take a glass and fill it with water from the ocean, is that now the ocean?
Of course it isn’t, but we have constrained it and confined it and labeled it. This perhaps is easier for our brains to comprehend, but it’s not reality.

As living beings, I can see clearly that we are fluid and ever changing. There is no outer space and inner space, only space. And if we can truly come to see and understand this, I believe that our suffering is annihilated.

May you be open, well, happy and peaceful.

Meditation is so hard

So what happens next?