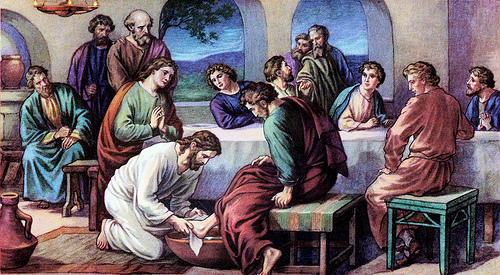 Humility (adjectival form: humble) is variously seen as the act or posture of lowering oneself in relation to others, or conversely, having a clear perspective and respect for one’s place in context. In a religious context this can mean a recognition of self in relation to a deity or deities, acceptance of one’s defects, and submission to divine grace or as a member of an organized, hierarchical religion. Absent a religious context humility can still take on a moral and/or ethical dimension.

Humility, in various interpretations, is widely seen as a virtue in many religious and philosophical traditions, often in contrast to narcissism, hubris and other forms of pride.

Humility by definition can also be the quality or condition of being humble.

The natural aim of the Buddhist life is the state of enlightenment, gradually cultivated through meditation and other spiritual practices. Humility, in this context, is a characteristic that is both part of the spiritual practice, and a result of it. As a quality to be developed, it is deeply connected with the practice of Four Abodes (Brahmavihara): love-kindness, compassion, empathetic joy and equanimity. As a result of the practice, this cultivated humility is expanded by the wisdom acquired by the experiences of the ultimate Emptiness (Shunyata) and non-self (Anatta). Humility, compassion, and wisdom are intrinsic parts of the state of enlightenment. (courtesy Wikipedia)

Ever since my initial meeting with Bhante Sujatha many years ago, this has been a strong determination in my practice. Some may even say too strong. Except that I do not believe there is any such thing as too humble, anymore than you can be too kind, too compassionate, or too loving. All of which must be grounded in mindfulness.

The antithesis of this is of course our ego, which we all have to one degree or another. With dropping of the ego being my aim as I practice being increasingly humble. Often I find myself shocked to see how critical I am of someone else who has a big ego and appears very self-serving. At which time I usually observe that it is in fact my own ego creating this feeling of criticism toward the other person.

My dilemma often arises in whether or not something should be said to these ego driven individuals. Need we be dear friends to have the authority to convey this, or can we do this even with casual friends? What about strangers that we have interactions with? Where do we draw the line for communicating this, and to what end or benefit? And I think we really need to question whether this conversation will have benefit for them or us personally.
I can only fall back on Buddha’s words on Right Speech. “Is it factual, true, beneficial, endearing & agreeable, while also being the proper time”.

I often find that observing the guidelines which the Buddha set in place on right speech, I am usually left speechless.
All of this said, I also see that were it not for Bhante Sujatha slapping me verbally with the truth of my ego, I would never be where I am today. I am now and will forever be grateful for his wisdom and compassion. And perhaps until I reach his level of mindfulness, I should leave the state of other people’s egos and humility to their own observation.

“Place no head above your own” ~ Buddha

How to be a humble Buddhist