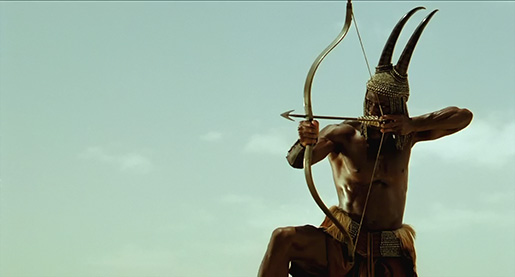 The fourteen unanswerable questions (Avyakrta in Sanskrit), in Buddhism, refers to fourteen common philosophical questions that Buddha refused to answer, according to Buddhist Sanskrit texts. Pali texts give only ten.

Questions concerning the existence of the world in time:

1. Is the world eternal?

(Pali texts omit “both” and “neither”)

Questions concerning the existence of the world in space:

(Pali texts omit “both” and “neither”)

9. Is the self identical with the body?

Questions referring to life after death:

11. Does the Tathagata (Tathāgata is a Pali and Sanskrit word that the Buddha of the Pali Canon uses when referring to himself) exist after death?

The Buddha said that such speculations are attended by fever, unease, bewilderment, and suffering, and it is by freeing oneself of them that one achieves liberation.

And an excerpt from the Cula-Malunkyovada Sutta demonstrates the rationale of this quite clearly.

“In the same way, if anyone were to say, ‘I won’t live the holy life under the Blessed One as long as he does not declare to me that ‘The cosmos is eternal,’… or that ‘After death a Tathagata neither exists nor does not exist,’ the man would die and those things would still remain undeclared by the Tathagata.

I think there is a beautiful and profound lesson for each of us in considering the unanswerable questions and gaining an understanding of why the Buddha chose not to answer. And even deeper, is the lesson that we can bring to each moment of our daily lives. Having observed myself year after year, expending exhaustive amounts of energy on worries and concerns of what will be or won’t be. Each of us being easily carried away by our own personal stories of the past and the future, our attention often fails to be on the present moment.
Clearly, none of us know the future nor can we change the past. But just like the wounded man, if we spend our time on the unanswerable questions, we will only continue to suffer and die. And this was the Buddha’s point, that the only concern should be on removing the arrow and eliminate our own suffering.

I thank Bhikkhuni Vimala for sharing this dhamma talk at the Blue Lotus Temple today. I find it clarifying, encouraging, and humbling. And I assure you that I will be using this reminder of the arrow and unanswerable questions quite often from here on forward. May you each find it of benefit as well.

And may you be well, happy and peaceful.

My truths about God