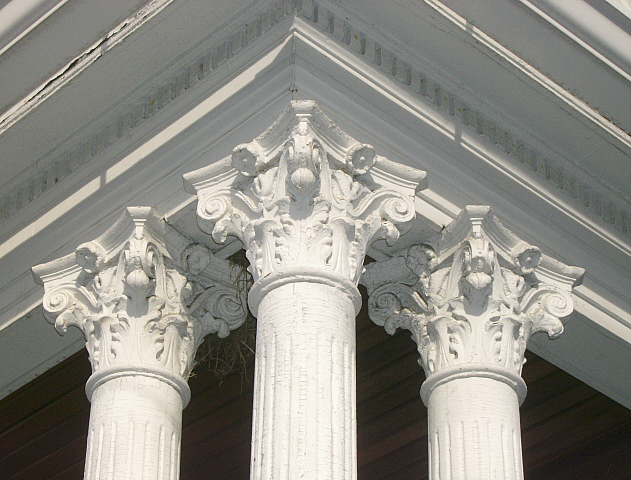 Yesterdays dhamma talk by the Venerable Bhante Sujatha was about the Three Pillars in Buddhism. He spoke of the Three Pillars being Dana (giving), Sila (virtue, moral conduct), and Bhavana (loosely translated as meditation).
His talked spurred me to investigate further, and found there are two versions of the Three Pillars. Initially, I read that one set is for laypeople, and the other is for monastics. But further investigation has revealed something deeper. Dana , Sila and Bhavana are for samsara (our flow of life/consciousness). The other Three Pillars are Sila, Samadhi (concentration; meditative absorption) and Panna (wisdom) for reaching nibbana. Monastic or layperson, we each have the ability to practice and develop in this life. Whether we feel complete liberation or just peace and happiness in this moment, the doors are open for us and the teachings are there.

In doing my reading and research, I found the following on Wikipedia, which I think helps explain some of these teachings more clearly and help lay the groundwork for developing these pillars. At least for me, I found it extremely helpful and wanted to share a bit of it with you.

In the Pali Canon’s Bhāvanānuyutta sutta, the Buddha is recorded as saying:

‘Monks, although a monk who does not apply himself to the meditative development of his mind may wish, “Oh, that my mind might be free from the taints by non-clinging!”, yet his mind will not be freed. For what reason? “Because he has not developed his mind,” one has to say. Not developed it in what? In the four foundations of mindfulness, the four right kinds of striving, the four bases of success, the five spiritual faculties, the five spiritual powers, the seven factors of enlightenment and the Noble Eightfold Path.’
Elsewhere in the Canon, and in numerous places in the Āgamas of other early schools, these seven sets of thirty-seven qualities conducive to Enlightenment are enumerated as:

I hope this may be of benefit to some of you, and I hope you will share your thoughts and questions with me.
And as always, may you be well, happy and peaceful.

Have a great moment

So who is this Donna person?

← The Fifth Element
The attachment to giving →