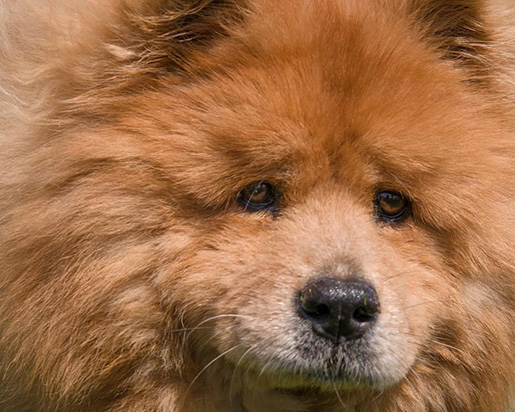 Fifteen years ago I was blessed to become the Daddy to the most beautiful little Chow Chow puppy named Tammy.
I had actually seen her at a pet shop, but did not want to take on the responsibility of another dog, so I left the store and went home without her. I could not sleep that night because I knew she was meant to be my little girl, and what if I went back tomorrow and she was gone? I knew my heart would be broken and I would be devastated for not taking her home when I had the chance. So the next morning I drove to the pet store and arrived before they opened so that I would be the first one in. Standing outside, I prayed that she please still be there. When they opened the doors, I bolted to her location and sure enough, there was my sweet little furry baby just waiting for her Daddy to come and get her. I think she was as happy to see me as I was to see her. I put her in the car and began driving home, talking to her about how happy I was to have found her. How happy that we found each other. At a stoplight, I turned and looked at her to see what her name was. And as clear as day, I knew her name was Tammy (although over the years, she became more often and lovingly referred to as “Chow Chow” or “Petunia”). Her beautiful reddish blonde hair, big brown eyes, and cutest little black button nose, were enough to steal anyones heart, and she certainly stole mine.

As she grew up, she was always by my side as my friend, my protector, my teacher, and as I often called her, my “hairy Daughter”. Through divorce, job changes, and moves, she was always there with those big brown eyes looking right at me and letting me know that things would be OK. That she would always be there for me no matter what. Accepting my moods, my uncalled-for anger towards her on occasion, my failure to pay more attention to her when other things distracted me in life. And not once ever having any resentment or anger toward me, but only the deepest unconditional love that I have ever known. As long as we were together, she was a happy girl. Content that she and her Daddy were simply hanging-out together. Enjoying those walks in the park and a chance to run around like a big girl and say Hi to everyone. With a few occasions having another dog try to attack her, she would only jump back with a startled expression, wondering why anyone would want to be mean to her. Yet a different side of her was shown when another dog tried to attack me on one occasion at the park. Fortunately, Tammy and the other dog were on leashes, but Tammy rose with all her might onto her hind legs and with a ferocious snarl warned the other dog that harming her Daddy was never going to happen.

Always the little lady, she ate very slowly and never made a mess. And if there was a puddle of water on the ground, she would walk around it as to not get her little paws wet. In fact, Tammy would not even go to the bathroom if I was watching. She would look at me as if to say turn around and give me my privacy. Which I would of course oblige, and she would then proceed to do her business with the utmost in lady-like modesty. Afterward, she loved to play and be chased. Lowering her self down on her front legs as if ready to pounce, and then “boofing” at us to try to catch her. We called it boofing because it was really not a bark, but instead a big “boof” sound coming out of this furry little lion dog. I have to wonder if she had any idea how many smiles and how much laughter she gave to this Family. Not just in those moments, but each and every day in so many subtle ways.

As the years passed, she seemed immune to the aging process. At fifteen years of age, she looked as young and beautiful as ever. Not a grey hair to be found on her face, and the same beautiful smile whenever you looked at her or spoke to her. While her favorite activity by far was still getting kisses from Mommy and Daddy. Well, that along with the exact right biscuit. She would not just take any biscuit either, but often we had to offer her four or five different ones before she would decide it was the one that she had a taste for at the moment. Then, she would prance around the house with it, holding her head high and showing off what she had. Yes, she was quite the little Princess!

In the end, my little girl remained strong-willed and alert. Her physical and emotional beauty and dignity never leaving her. But her body could do no more to support her life. As her legs became weaker and weaker, she began to fall more and more often. Carrying her outside and back in, turned into holding her up outside so that she could go potty. At night she was carried up to bed with us so she could sleep next to her Mommy and me, and still remain vigilante in her duties to protect us all. No one would harm this Family so long as she was there. Her cries would wake us early in the morning to let us know that it was time for her to go out. Taking turns, we would carry her downstairs and take her outside each morning, then make her comfortable in the Family room where she could keep on eye on all of us throughout the day.

Pain medications and anti-inflammatories continued to increase, as we attempted to keep her as comfortable as we could. But the medications often fell short and also caused her other difficulties with her liver and kidneys. Now, all we could do is love her and be with her. Petting her gently, kissing her a million times, holding her head up and giving her water, this was a time for our greatest compassion. A time that I needed to understand the real meaning of unconditional love and detachment. Understanding that this is the life, and suffering is inescapable for her and for me. Loving her completely in the same way that I may be loved when my time comes. I can only hope that I have loved ones who care so deeply and gently for me. Family who do not wish to “put me down”, or offer an assisted suicide. But loved ones who will simply do their best to ease my physical pain and understand the truth – that this is the end of suffering, not the beginning.
And finally, at exactly 8:00 a.m. on Sunday morning, June 2nd, with Trisha Yearwood on the TV singing “Somewhere over the Rainbow”, our sweet baby girl took her last breaths while we were holding and kissing her.

Every morning the Wife and I would tell the little Chow Chow that the birdies were singing for her. And we really think that they were. She loved the birdies, and never chased them or barked at them. They were friends who greeted the morning together each and every day. In fact, within minutes of her passing, one single Dove landed on our front porch and walked right up to the screen door as if looking-in to say farewell.
Today and every day forward, I know the birdies will still be singing for her. They will be singing her name. The sweetest little Chow Chow that this World has ever known.

Birds are singing, Spring is here!

My brush with death