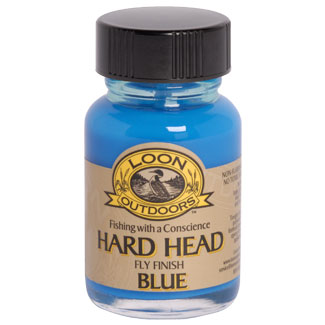 I hear that a lot these days. My children say it most of the time when they are frustrated about having to pick up their toys or clean their rooms. Or it comes at times when something is difficult to open, like that dang pickle jar! Gosh, it’s so hard!!!!

But then there’s the other “hardness” that refers to our emotions. It’s a hardness that taps into our feelings and perceptions about life, about people, about situations. Probably one of the hardest things to overcome for me is to let go of bad feelings I have about someone. It’s like, once those feelings are in place, it takes so long for them to go away. They do eventually go away, but sometimes it’s been years later. That’s a lot of days in torment over one incident or one person.

Then I wondered what can I do about it? Do I continue to live my life repeating these habits of anguish and do I continue to torture myself over these people or these situations (which really boil down to who did what or who said what: i.e. people!)?

Recently I read a girl who felt so upset by people that she just wished she was in total isolation. Doesn’t that sound nice? Well, maybe not so much for most, but the idea of getting away from everyone? All of our people problems would disappear if we secluded ourselves from others, right? That sounds very appealing to me.

But is that really true? I think about myself secluded in the forest or in a cave. Sure, I wouldn’t have other people to bother me or say things that make me respond in ways I later regret, but I would still have myself. I bet just me alone would be enough to cause some serious mental anguish! My thoughts alone would drive me crazy, not to mention the habit of repeating past events over and over again. So then I realized, if being secluded won’t help me with people problems, what would?

The answer lies in direction of the finger. Instead of pointing the finger at others for the fault, I need to take a deep look within. What is it that is causing me to feel this way? Perhaps it’s insecurity. Perhaps it’s just my thoughts that are taking me in the wrong direction. I’ve heard if you think something enough, you’re bound to believe it’s true. So did I just convince myself of these misunderstandings because I thought about them for so long? Perhaps I did.

And obviously I am not seeing the true reality of the situation. I am not seeing the true reality at all. There lies my biggest mistake. It is because of a lack of wisdom, lack of understanding, and lack of honesty. I betrayed myself, and I’m mad! But I don’t want to be mad at myself, so I will get mad at you. It is your fault! That makes me feel better. It gives me somewhere to place the blame and it gives me a chance to avoid facing my deepest fears: myself.

So, next time you hear yourself saying, “It’s just soooo hard…” (to forgive her, to understand her, to be around her, to…you fill in the blank) smile to yourself, let out a little chuckle, because what you’re really saying is, “It’s just sooooo hard to understand myself!” And perhaps seeing yourself in this “self-pity” mode, you will be able to snap out of it. Life isn’t so bad. And it isn’t soooooo hard! Smile and enjoy the sunshine! Peace and Blessings!

Having a bad day? Perhaps this will help!