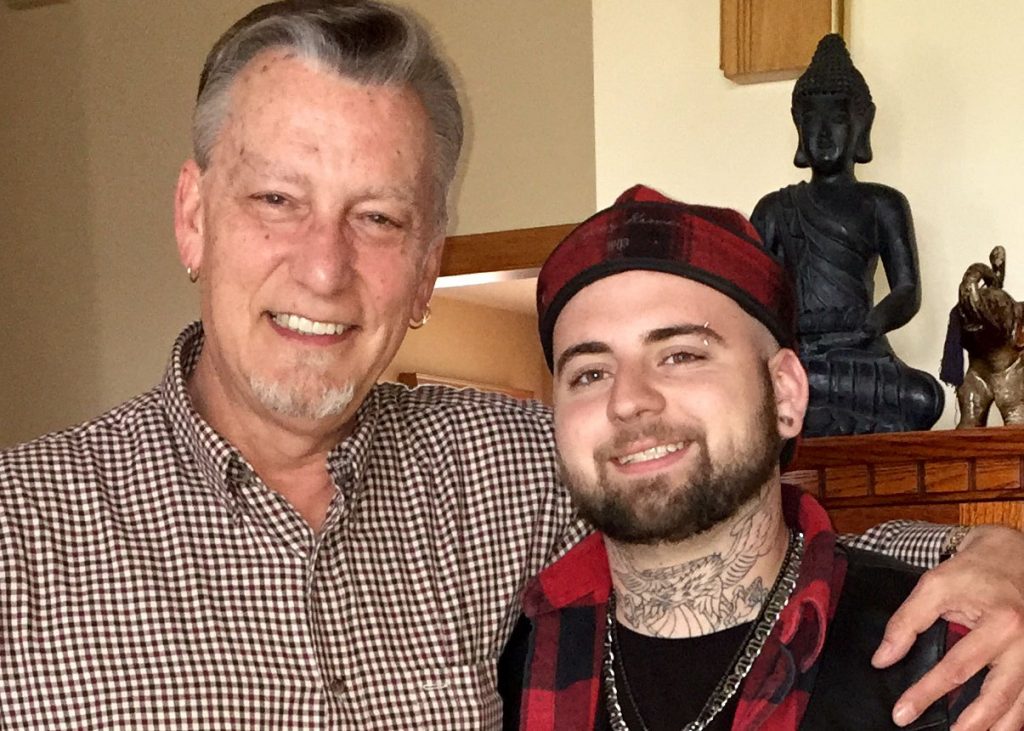 If only. The words that keep resounding in my head and the minds of my Family and so many friends.

It’s only been a week since we got the news that my 23-year-old Son had died of a heroin overdose. News that still has not fully penetrated. How, why, denial, heartbreak, shock, remorse, confusion, all like waves washing over me one after the other. Not much of which makes any sense or gives any solace.

How often I have talked about present moment, being grateful for each day. And how often I have discussed impermanence and the reality of that. But the loss of my Son puts all of these teachings into a fog. Finding myself grasping for the foundation of these teachings, I know they are there to support me. Yet I am still left with a hollowness that begs for greater understanding. And I totally surrender to the truth that I have no answers or profound wisdom right now. There just is no making sense of that which is incomprehensible. A 23-year-old life with the World available to him, suddenly gone in a flash.

My Son wrestled with his demons all of his life. His Mother and I worked tirelessly year after year attempting to find him help. Always ending up with differing opinions, very few answers, frustration, heartache, turmoil, sadness, fear and even sometimes anger. A sweet little boy with an amazing sense of humor, a big heart that always wanted to be kind and do for others. Nothing ever seemed to make him more genuinely happy than to know that he had done something to please his Mom or Dad. Yet moments later he could be immensely depressed or angry.
And as a parent, it’s beyond difficult to see your child suffer like that and realize how helpless you ultimately are.

He always yearned to be a free bird, spread his wings and make his own decisions. Somehow, he felt certain that if he were only the master of his own destiny, that life would finally be the way he hoped. But the reality became something very different. Spiraling year after year from one bad situation into a worse one. The whole time, his Mother and I would encourage and plead with him to follow a different path. If even in small ways, we hoped he could change and begin to do things that would be a positive in his life. Help him feel that sense of self and independence that he really needed. But those demons were always there begging him to choose the hardest path. And I don’t believe that anyone will ever know the depth of sadness and torment that he lived with every day of his life. Never being able to fulfill his aspirations of becoming a great guitar player in a band, or a mechanic, or owning a Harley. My boy had so many gifts and talents, but never got to really pursue any of them as he had dreamed. And he was a dreamer. A dreamer of better days, better things in his life, time to draw and paint, to laugh and play.

My pain and loss are too powerful right now to even try to share any words of wisdom. I can only suggest that you try to live without regret. Do not wait to say “I love you”, or to let a friend know just how much you care. Don’t look back as I do and wish you had said more. Done more. It’s too late for any of that now isn’t it.

A God of sadness

← Silent no more
Beyond the dharma →